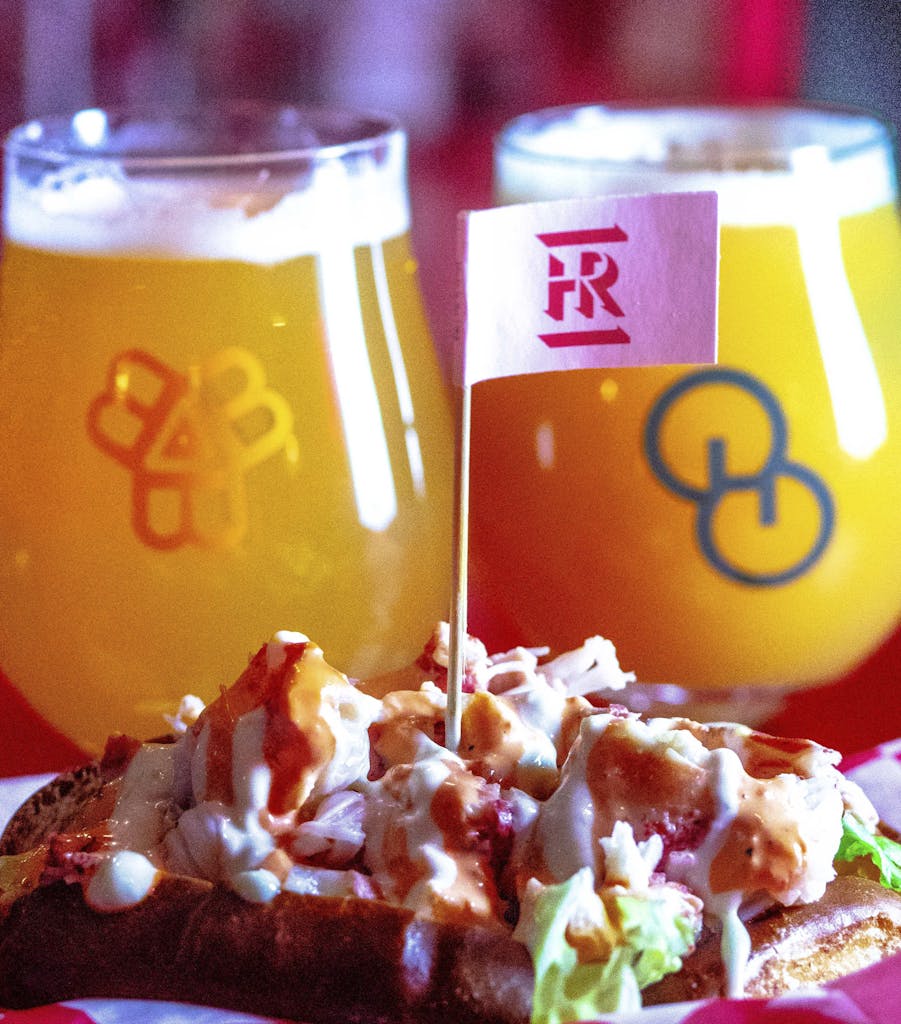 Focusing on Maine’s favorite sandwich, Highroller Lobster Co. hits it out of the park.

It’s mid-afternoon on a weekday in early April, a time when most Portland restaurants are quiet. At the Highroller Lobster Co., however, there’s a steady stream of visitors, excited expressions on their faces. Greeted with enthusiasm by Colin Mulcunry, they step up to the counter and gaze at the menu board hanging behind him. Will it be the traditional lobster roll on a locally made brioche bun? The cheese crisp lobster taco they saw on Thrillist? The lobster grilled cheese? As I am soon to discover, you can’t go wrong at Highroller. The food may be fun and casual, but the cooking is seriously spot-on.

Three summers ago, co-owners Baxter Key and Andy Gerry launched Highroller Lobster Co. with a food cart. Depending on the day, they hawked lobster and crab rolls at Bissell Brothers Brewing (first on Industrial Way, then at Thompson’s Point when the brewery moved) or Oxbow Blending and Bottling on Washington Avenue. Last year, they took the cart into the Old Port, parking it in front of the Custom House on Commercial Street. That’s when Thrillist came calling, filming the creation of what has become a fan favorite, the lobster taco with a crispy cheese shell. The Maine-Mexico hybrid was the result of a mistake; while making a lobster grilled cheese on the cart’s griddle, some of the cheese oozed out on to the flat top, forming a crispy wafer. “We played with the idea until we came up with the taco shell,” says Gerry.

Friends since they were students at South Portland High School, Gerry and Key have long been involved in food. Gerry worked at J’s Oyster and spent several years at Harbor Fish Market. “People would come into the market all the time and ask if we sold lobster rolls,” he says. “Considering what a big thing they are, there wasn’t anywhere in the Old Port that specialized in them.” After Key helped get a couple of other Portland food trucks up and running, he and Gerry decided to start their own cart, “to make the lobster roll that we wanted to eat,” Gerry says. That meant good bread—baked for them by Southside Bakery in South Portland—local lobster, and keeping the core menu limited. Highroller’s lobster rolls can be ordered warm or cold, and customized with a variety of sauces and add-ons, including lime mayo, lobster ghee, avocado, and bacon. “If you like lobster, you can have a different sandwich every day,” says Gerry.

Continue Reading
Is This a Lobster Roll?
Sun's Out, Buns Out: Highroller Lobster Co. hits the sweet spot for locals and tourists alike